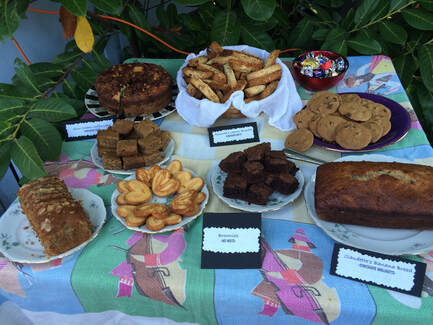 The Birthday Playlist: #42 Jacob's Ladder
This song is dedicated to Jacob Krasniewicz, my Grandfather

"The Birthday Playlist: #42 Jacob's Ladder" 4.25" x12.75"x 2.25" glass mosaic on wood with photos, text, rickrack, and beads ©Diana Maria Rossi 2016
“Jacob’s Ladder” is an African American spiritual that has been performed in different variations by many performers. The recording that inspired my sculpture is Bruce Springsteen’s interpretation of the version originally performed by Pete Seeger. This is the rendition that has the refrain, “we are brothers, sisters all”. (Which I just love.). This refrain comprises the text running down the sides of this sculpture.

I have discovered that there are many different cultural manifestations of “Jacob’s Ladder” beginning with the biblical story and including a children’s string game, a children’s wooden block puzzle, and a geometric concept in mathematics. Except for the children’s wooden block game/puzzle, I tried to keep all these visions of the term in mind, as I composed this piece. (I have already used a broken wooden Jacob’s Ladder puzzle as a base for another piece. (See my sculpture, “Junior High”.) The crossed diagonals or diamond shapes are very directly lifted from the string game pattern. The math idea deals more with topographic infinity, and I think I was only able to incorporate that part in intent, thinking of the song lifting us “higher and higher”.

This piece became very personal to me when I decided to acknowledge my maternal Grandfather, who was named Jacob. He is at the center of this piece. I used black glass for the heart to symbolize the black velveteen Polish folk costume vests, that my Babci (Grandmother) brought back for many of her granddaughters from Poland. These vests are laced, crisscross, in the middle (like the Jacob’s Ladder string game!), and are decorated in elaborate patterns using multi-colored sequences and beads. The bottoms of the vests are trimmed in rickrack. I tried to evoke these vests in how I made the heart. And I used real rickrack, under the glass trimming the bottom edge of this piece.

My Grandfather Jacob loved to grow roses and that is why I placed the rose photos (from my garden) up and up “the ladder”.  I never had the privilege of meeting Jacob, (as have none of his 25 grandchildren), but I grew up with stories of his kindness, nurturing and his homesickness for his native land. (He also knew how to sew without a pattern and once made my Aunt a coat trimmed with fur.) I thought of his descendants, climbing his ladder, aiming for perfection or heaven or just something out of reach,  making the world better, all together, brothers sisters all.
ps: once again, the floor of this mosaic is my Aunt Jean's shiny, checked floor.